Emma Watson’s potty for Twilight star Robbie
By Alistair Foster, Last updated at 14:37pm on 04.06.09Emma Watson joined a host of celebs last night at an exclusive dinner party to celebrate fashion label Rodarte at Harvey Nichols in Knightsbridge.
Loved-up: Emma Watson thinks Robert Pattinson is “hot”
The evening was hosted by actress Kate Bosworth, and the well-heeled crowd was fed nettle soup, roasted lemon sole and strawberry three ways.
It was a rather civilised affair, and 19-year-old Emma looked fresh faced as she took a cab home at 11pm. She has confessed to being a big fan of her Harry Potter co-star Robert Pattinson, saying in an interview this week: “Oh God! He is absolutely hot!
He’s driving me crazy… But we’re just friends and can just be talking on the phone for hours, because I know that there’s something going on between him and Kristen Stewart. And I’m really happy that Rob became so popular on Twilight. He’s so gorgeous.”
Publicado por Sweet Sky Hoy es... jueves, junio 11, 2009 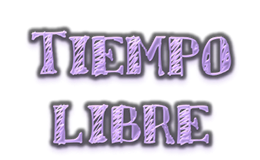